My niece was shocked when I told her that we recently had to find a new word for her favourite colour ‘purple’ in the Gamilaraay language, which as far as we know did not have a traditional word for that colour. She could not imagine a world without purple (being named).

One of the most exciting and challenging aspects of working in language revival is working out what to do when there is no word for what we need. With colleagues from the Australian National University I was working on teaching materials about colours in English, Gamilaraay and Auslan (Australian Sign Language), and we realised we do not have any words for ‘pink’, ‘orange’ or ‘purple’. Using a Gamilaraay way to describe the colours required a bit of linguistic detective work.

English can use the name of the object for a colour, e.g. ‘violet’ or ‘orange’, but Gamilaraay colour words use reduplication, or doubling of the word/syllable. So gidjiirr for ‘wattle’ gives gidjirrgidjirr for ‘yellow’, garrarr for ‘grass’ gives gawarrawarr for ‘green’, etc. 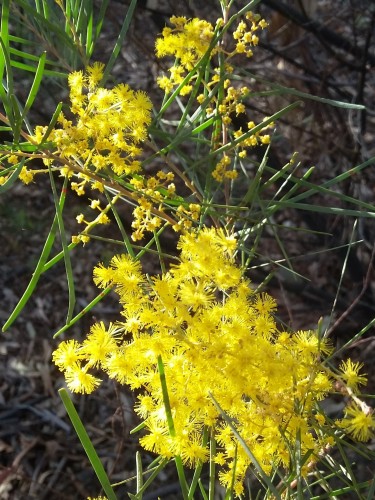 ‘Orange’ was straightforward, because there is a word for the native orange, bambul. Although the dried out example of a bambul I saw was not very orange in colour, it is evidently different when first ripe (and at least closer to orange than the green-skinned ones I got used to when I lived in the Pacific and Asia). So bumbubumbul was our suggestion for ‘orange’.

‘Pink’ was also uncomplicated, since guwaymbarra is ‘red’ from guway, ‘blood’, so ‘pink’ could be guwaguway.

That left ‘purple’. With fingers crossed, I searched through the dictionary for anything which might be purple. A couple of words came up. One was the native blueberry, but the ‘blue’ in the name that would be a bit too confusing. The other word is from the related Yuwaalayay language/dialect:

I had never before heard of a dillon bush, but it sounded perfect! So bibubibu was our suggestion for ‘purple’.

Developing new words (neologisms) is a big responsibility, and the next step was to consult with senior Gamilaraay colleagues. I am thrilled that our suggestions have been accepted so far. I am particularly excited about bibubibu, which is the first word to be proposed from my studies.

The video with six-year old signer Kason has been a huge success in his Gamilaraay and Auslan communities. 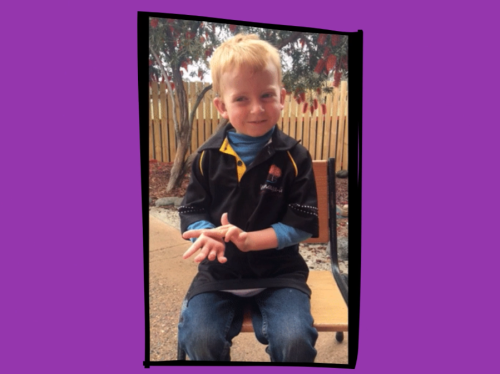 I hope I see a real bibu/dillon bush before too long, so that I can check out the bibubibu/purple fruit. And my niece can be happy that the colour ‘purple’ is now part of the Gamilaraay language.