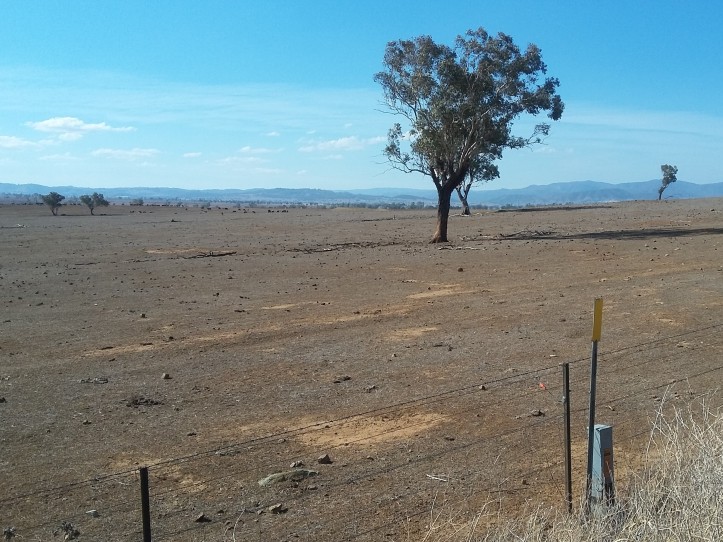 The drought is getting worse in New South Wales, and there has been no rain since I took this photo near Tamworth a couple of weeks ago. The sky is blue and the eucalypts are green, but everything else is brown, brown, brown. Stock sell-offs, farmer suicides, emergency drought relief packages. My neighbours in Gunnedah have stopped watering their kikuyu grass lawns. The local radio station is playing a song about rain every morning until the drought breaks, in a sort of modern-day invocation.

I hope Gali Gurunha, creation spirit from near Walgett, is listening. Gali Gurunha has intervened before in times of drought, as recounted by Ted Fields in the Gamilaraay Yuwaalaraay Yuwaaliyaay Dictionary:

“In the dreamtime Gali Gurunha lived at Gingie, and some of the warriors coming back from the Narran River came on dry times, and had no water. Gali Gurunha dug the underground river from the Barwon to Cumborah Springs. We believe Gali Gurunha created the spring to save the warriors, this is not tradition but history.”

In these times of human-induced global warming, impacted soil which prevents traditional xerophytic crops from growing, ever increasing bore wells and dams, can we still hope for an intervention from Gali Gurunha?