I was walking along a pathway at the Australian National University with an Aboriginal colleague, when he suddenly stopped and pointed to a tree near our teaching building. He told me it is sacred, a scarred tree – some bark removed by the people who once lived here. He was emphatic, “History is all around us.” 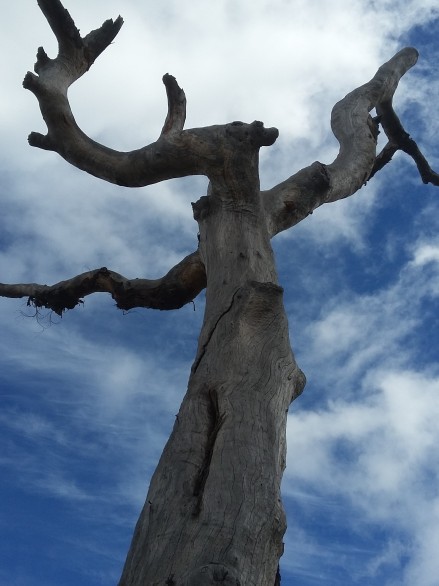 Flashback 40 years to my formal study of history, at high school in New Zealand. Our teacher is wearing a black academic gown to keep warm, pacing up and down dictating notes until we get cramp in our hands. I am sitting at the back of the class, surviving the boredom by reading romantic novels under the desk. Occasionally historical romantic novels. Memorising dates of wars and treaties on the other side of the world… No one  ever suggesting there is history around us.

Now here in Canberra everything is modern, built since the early 20th century with an artificial lake, wide tree-lined streets, and disorienting roundabouts. The story since European arrival is well-documented, but I have been trying to connect with the approximately 25,000 years of pre-European settlement in the area. A special place to visit is the Tuggeranong sandstone grinding grooves used over thousands of years to make axes, grind seeds into flour, or crush ochre. 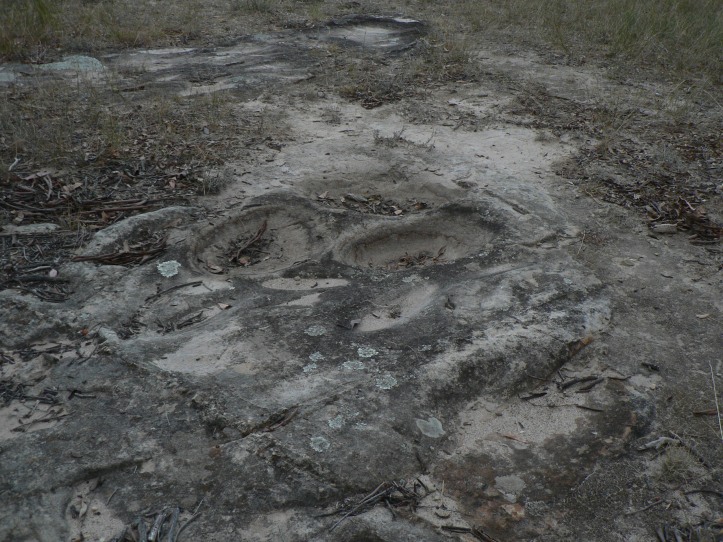 What of language? The cave paintings at Namadji are a visual language, telling long-lost stories from the people who camped here. Some say there are also paintings in caves below the city centre. Perhaps below my apartment building… 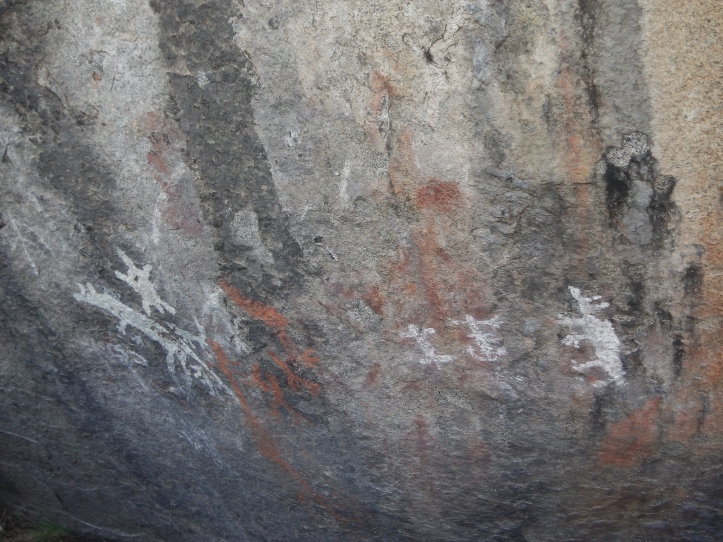 Evidence of spoken language is very hard to find, since there are now no speakers of Ngunawal or the other Indigenous languages from this area. Place names give some clues. The name Canberra has been analysed by linguist Harold Koch and reconstructed from early written records as most likely to have been Ngaanbira. He shows there is no real evidence for its original meaning, which is unlikely to have been “a meeting place” as is often stated. But usage has its own validity, and the name Kambri has been given to the new development at the centre of the university – the old language in a modern world.

Landscape has its way of communicating history, when you look. I like the way Australian author Tim Winton describes the benefits of looking attentively around the environment in his essay A walk at low tide:

When you observe long enough, the subject of your gaze seems, eventually, to respond. Or perhaps it’s you, the viewer, who is changed; something has stuck, something, in the end, is going on between you and it.